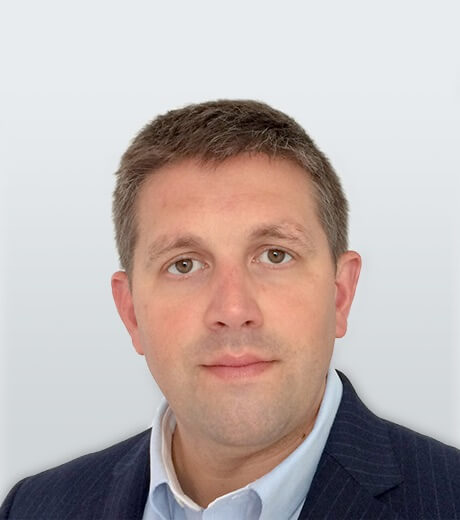 I was originally going to meet up with Daniel Hardy (pictured) in Dorset which would have been a mutually convenient venue for both of us. However, plans change, and I unexpectedly found myself on board the Queen Mary 2 heading to the Caribbean on the date that we should have met.

Consequently, thanks to the wonders of technology, I reached out from the middle of the Atlantic and managed to catch up with Hardy under these unusual circumstances. I was interested to know more about him and the NBCS (National Business Crime Solution), that he is the new MD of. The NBCS was already on my radar due to Ian Pugh, Group Head of Security, Intu Retail Services and an IPSA Board Colleague. Whilst attending a presentation at Intu Head Office in London Pugh had introduced us all to the good work that NBCS was doing and his involvement with this retail crime prevention organisation.

Daniel Hardy was appointed Managing Director in August 2017. NBCS is a not for profit initiative that enables the sharing of data between law enforcement agencies and business members to aid in the reduction of crime. Hardy, a respected figure with over 20 years of crime prevention experience, will be tasked with taking NBCS to the next stage of its development and fulfilling its role in supporting businesses and the police in the fight against offenders. Hardy served five years in the Grenadier Guards before gaining experience in the private security industry. He then spent 13 years with the Metropolitan Police, rising to the position of Acting Detective Inspector on Specialist Crime Directorate and running Operation Vanguard. He then became Head of Risk at G4S and, before NBCS, he was Corporate Crime and Security Lead at Sainsbury’s, where his responsibility included all the company’s stores, corporate locations and distribution warehouses. Hardy’s appointment came at a particularly exciting time, after NBCS secured UK Government funding as part of the Police Transformation Fund, from the Home Office, that marks a real opportunity for police, and police and crime commissioners, to respond to the changing nature of crime. The award of a six-figure sum was in recognition of NBCS’s success in supporting the police against business crime and will enable it to make new appointments, and make a marketing and awareness campaign, including a new corporate identity.

In fact, that money has been put to a practical test … as without the help of their new PR company this interview would not have happened. One of Hardy’s immediate priorities will be to make NBCS sustainable and able to operate as a self-sufficient, self-governing entity, which is funded and controlled by members, while being open to all businesses and UK Government. One of the aims is to increase the membership of NBCS and to be recognised by the police and businesses as the intelligence sharing solution in the UK. The NBCS wants to be able to bring together information to identify and tackle the full nature and extent of the threats faced by businesses. Hardy desires the NBCS to be able to issue relevant and timely information on crime trends that enables members to take preventative action and allows them to engage with the police service to combat cross border organised criminal networks. I asked how does he see the private security profession at this point. Hardy replied: “I think the private security industry will be at the forefront of crime and security working to support policing and to fill the void that has been left through financial constraint. To do that the private security industry will have to raise standards, and should face into customer price dictation; thus, enabling the right people to be placed into roles to ensure they can support community initiatives, and policing and managing community crime impacts with supporting SIA standards and police engaged partnership training. This should be supported by the business crime reduction partnerships, as they do now, all the way to major industries ensuring that resources work in partnership daily to prevent-deter-detect incidents whilst supporting the vulnerable in communities. However, technology has advanced at great pace whereas standards and training of officers in the security arena hasn’t advanced as quickly as it should have based on the technology available. For that idealism to become a reality would require advancement of pace.”

I have seen this revolving door challenge from a historic perspective. The electronic systems sector was once highly self-regulated and worked to codes of practice, training, industry standards and national standards at the time such as BS:4737, which enabled the Systems sector to charge meaningful costs for their service offer. It was recognised then that if the guarding sector was going to be able to charge accordingly then things had to change, and that resulted in the birth of SITO – the Security Industry Training Organisation. In my opinion that was a revolutionary time for the guarding sector as it was then called. It was hoped that with the introduction of nationally recognised training standards the guarding companies would be able to invest in a more professional outcome regarding training and charges for their service to clients. However, the ethos of low costs and service based on price has sadly all too often remained the norm. In my opinion security officers deserve a better deal all round.

Hardy went on: “If businesses drive security costs down to minimum wage, they will not get officers who have the right skill-sets. Security officers do great work, but they require an investment in training in order to be able to provide reassurance to communities and to work in partnership with them raising the respect for security careers.” I asked what changes would he like to see. Hardy said: “I would like to see security officers given more respect in the community based on businesses providing them with the skills to work in the community space, supported by suitable standards from the SIA, allowing the security industry to work closer with policing on the front line rather than as a support function. Also furthering the relationship between policing and the security industry.”

Where does he see this happening the most, I asked. He replied: “Vast inroads have been made in the night-time economy and this should be replicated and furthered in the daytime economy to ensure that there is intelligence led briefing, intelligence led deployment and partnership, working to the benefit of all. I asked what was his vision for the next five years. He replied: “My vision for the security industry is that it becomes a more trusted industry and that it provides careers for individuals who in turn are recognised by communities and policing for the value they can bring to crime management and, therefore, public safety. This can only be achieved by driving partnership training, intelligence sharing, and intelligence led deployment on a daily basis. I see the NBCS as a critical ally in this change; enabling information sharing between businesses and security partners and supporting national police strategy in the identification of crime initiators and persistent offenders, vulnerable locations around the country, and targeted products, whilst supporting preventative methodologies and lowering losses and violence in the workplace.”

I reached out to Ian Pugh, Group Head of Security, intu Retail Services [featured in the December 2017 print issue of Professional Security magazine] to ascertain, what membership of the NBCS means to his shopping centre chain. Pugh said: “I am responsible for our security strategy which spans 14 retail and leisure destinations across the UK including intu Lakeside in Essex to intu Trafford Centre in Manchester. For me it’s important for intu to be members of the National Business Crime Solutions so that we can participate and add to the national discussion around strategies to combat crime within the business environment. As an organisation where over half the UK population visits our centres annually and having 400 million repeat customer visits each year, the safety and security of our centres is of paramount importance. Our membership affords us real benefit in working with industry experts and the newly launched National Business Crime Centre as well as helping us to offer the very best support to our retailers and tenants.”

To conclude, I asked Hardy what’s the burning topic as far as he’s concerned. He said: “The increase in violence. In the retail arena, violent incidents are growing by number year on year it is spiralling out of control. If violence rates towards staff working with the public continue at the rate it is, footfall on the high street will decrease, through the unsafe feeling attributed to violence type behaviours. The introduction of the violence reduction strategy and the resulting violence reduction workshop has gone some way to help, but this requires ownership and drive to make tangible inroads. If there are people hanging around in your local high street using drugs, blatantly stealing, threatening retail staff and using weapons, why would you go there? In order to ensure that people are not afraid to go to work and the public continue to visit the high street to drive economic improvement, we need to stem the tide in the increase in violence – particularly at a time when the high street is competing with the internet. In many ways society has become more accepting of violence, probably because of what we see on television, the games and even the music we hear – we’ve become desensitised. Bad behaviour has become less challenged. Nowadays even the police are treated with disdain. We can’t arrest our way out of this problem. It needs to be educational at grass roots level. By identifying these people early, we can educate them or – in cases where they have a propensity to commit violence – they should be dealt with in a manner commensurate with their behaviour. When you have people saying they don’t want to go to work anymore because they are scared to be behind the counter in a chemist, for instance, how is that acceptable?”

With these comments still ringing in my ears I am now heading back to the UK from New York where zero tolerance comes to mind and is still subject of discussion by those who have lived or visited there over the years. Like many of them, I remember witnessing the amazing difference Rudolph Giuliani made to NY with his controversial policy … the bottom line was that it worked!

This article can also be read on the Professional Security website: www.professionalsecurity.co.uk/blogs/unas-blog/nbcs-dan-hardy/